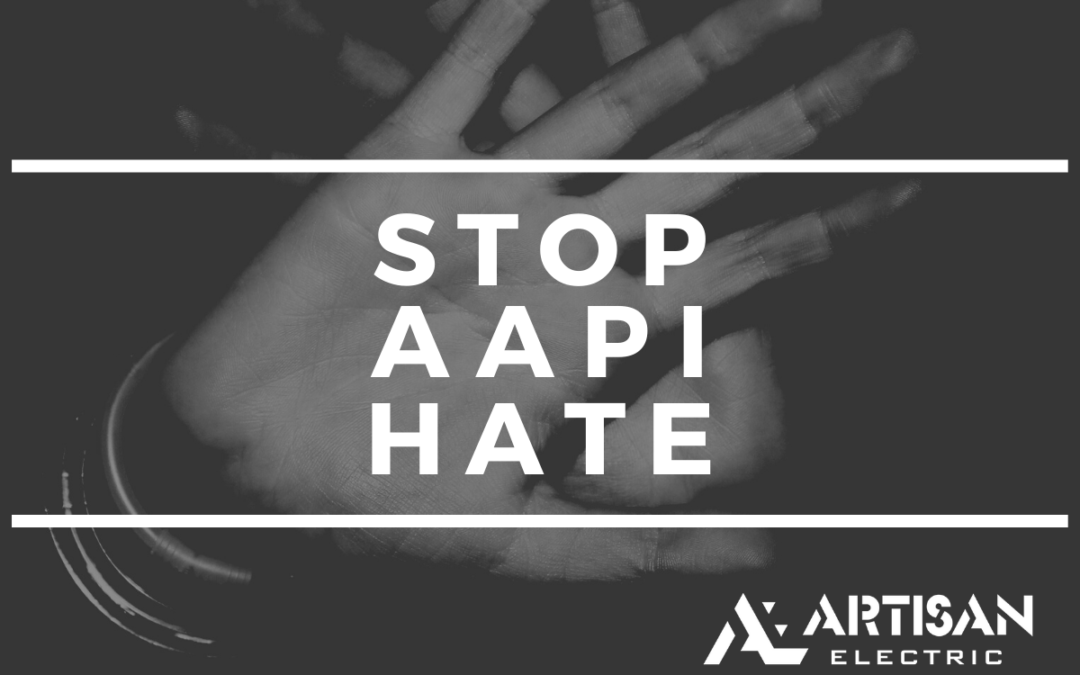 Since the beginning of coronavirus lockdowns in February 2020, there has been a sharp escalation in hate speech, hate crimes, and other forms of harassment against members of the Asian, Asian American, and Pacific Islander (AAAPI) community in the United States.

These examples of hate speech, violence, and discrimination come in many forms, from political leaders using racist language to brutal and senseless attacks against Asians and members of the Asian American community in Los Angeles, the Bay Area, New York, Atlanta, and elsewhere.

Artisan Electric Inc. began on Vashon Island – and a large percentage of our solar installations are also on Vashon. The first known inhabitants on Vashon were the indigenous Sx̌ʷəBABš (Shone-MAH-mish) people. European colonizers arrived in the 1800s, forcibly removed and interned indigenous peoples on nearby Fox Island, and began to set up Euro-American settlements which destroyed and discriminated against their ways of life.

In the 1860s, white colonizers began to require workers for farming, logging, and fishing on the island and brought in Chinese and Japanese immigrants. In 1885, anti-Chinese riots took place in Tacoma and Maury Island, and the Chinese immigrants were violently removed. The event was the result of growing anti-Chinese sentiment and violence throughout the American West.

in 1942, President Roosevelt declared all ethnic Japanese and Japanese-American “aliens” to be interned because they were a danger to the country. Over 110,000 people of Japanese ancestry were forcibly removed and interned in prison camps for up to 2.5 years. Across the USA the deportation and incarceration were popular among many white farmers who resented the Japanese American farmers and saw internment as a convenient means of uprooting their Japanese-American competitors.

The last remaining Japanese-American farm on Vashon in the 1940s was the Matsuda farm which began as a 10-acre parcel owned by Japanese immigrants Heisuke and Mitsuno Matsuda. During World War II the family was forcibly removed to American concentration camps in Tule Lake, California, and Minidoka, Idaho.

It is estimated that less than 1/4 of interned Japanese-Americans returned to their property and many lost irreplaceable personal property due to restrictions that prohibited them from taking more than they could carry into the camps. However, the Matsuda family did return and ran the farm as a successful business until they decided to sell in 2015 when the Vashon-Maury Island Land Trust purchased the land for conservation purposes and contracted with us to build a geo-ballasted ground mount array.

Today, Vashon is known for its liberal-leaning politics and being welcoming to racial diversity, however, the current population of Vashon is about 93% white.

We must remember and acknowledge our racist history in order to understand current racial inequalities and structural racism.

The recent attacks against people of the AAPI community are part of a larger culture of hate, prejudice, and intolerance. We condemn these acts of violence and hate speech. They have no place in our society. We are committed to providing a safe environment, free from threats of hate speech or violence for our customers, staff, and our community.

We are invested in making society a more just and equitable place; free from fear and prejudice. We believe there is no climate justice without racial justice.