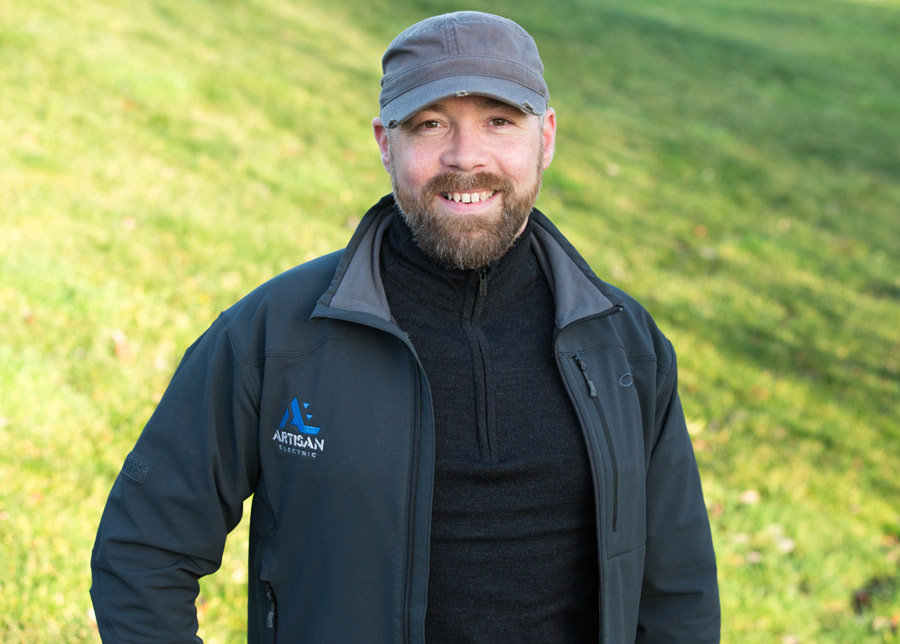 Jason has over 20 years of experience as a residential and commercial electrician. After completing a five-year IBEW commercial electrical apprenticeship, he received his electrical administrator’s license and opened Artisan Electric in 2007. Jason has an in-depth background in new construction, service, and energy management for commercial, residential and industrial applications. Before starting his own business, he was most recently a commercial journeyman for Veca Electric in Seattle. Jason lives on an organic farm on Vashon Island with his wife and two boys.