Artisan Electric teamed up with Puget Sound Solar to donate and install a 4kW solar PV system at the Highland Park Improvement Club (HPIC) on May 27th.

The all-volunteer-run HPIC won a competitive application process for this system as part of Solarize Seattle: Southwest.

Solarize is a volunteer-based community outreach effort designed to educate local residents all about solar—from its benefits and how it works to technical requirements and financing.

Artisan Electric and Puget Sound Solar committed to donating and installing a system to one nonprofit in the community—if the Solarize campaign resulted in 50 installations or more for the two companies combined.

As it turns out, the outreach campaign resulted in 111 new solar photovoltaic systems—more than double the goal.

That translates into 684 kW of clean solar energy being installed throughout West Seattle and Burien!

HPIC is over 90 years old and is used by the community as a gathering spot for community events, classes, and social gatherings.

The donated system, consisting of 19 made-in-Washington solar panels, will offset about half the energy used at the facility annually.

With its new solar install plus the rain gardens and water cisterns it added last year, HPIC is becoming a fantastic example of sustainability in the community. Congratulations! 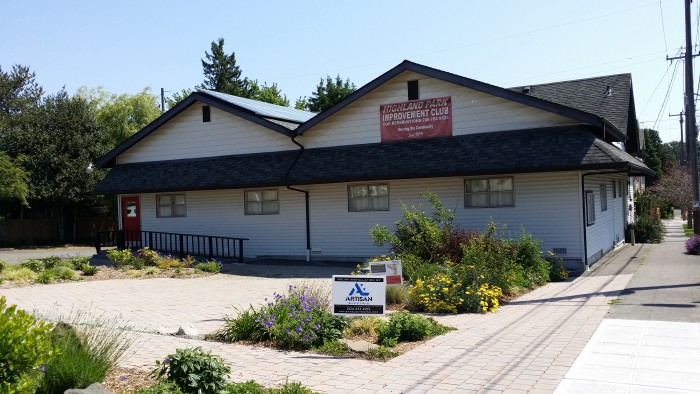