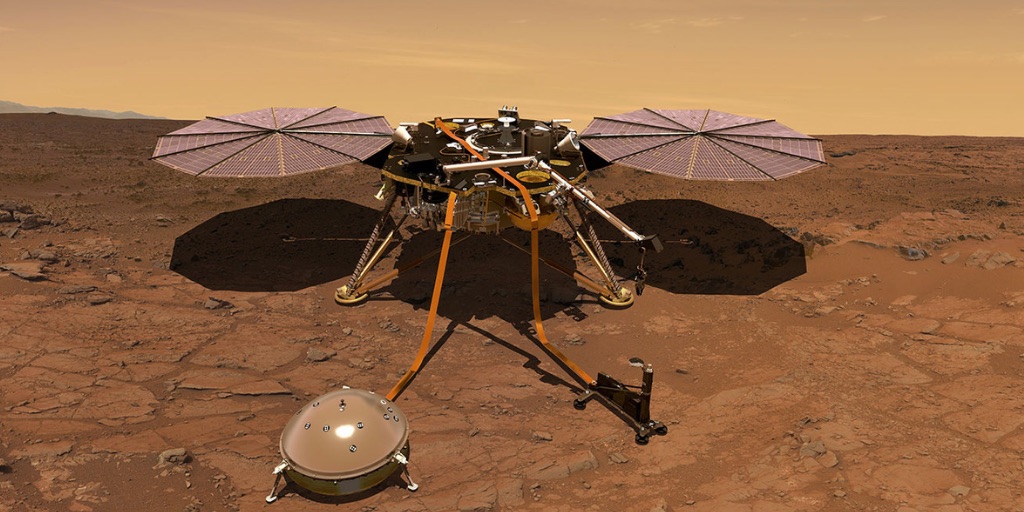 The InSight Lander recently touched down on Mars, and it already set a new off-world solar power generation record. The solar-powered lander generated more power in just one full day on the red planet than any other previous vehicle.

The InSight Lander has seven-foot long solar panels that made 4,588 watt-hours of energy in its first day. In comparison to previous missions to Mars, the Curiosity rover generated 2,806 daily watt-hours and the Phoenix lander generated 1,800.

How Does Solar Power Generation On Mars Compare To Earth?

Due to Mars being farther away from the sun, the solar rays are less intense. The solar panels on the InSight lander generate around 600-700 watts of power, on a clear day. The same panels would produce roughly 1,300 watts on earth.

The InSight mission will run for one Mars year or about two Earth years. The lander will take pictures of the environment and use its mechanical arm to release heat probes and seismometers. The data collected will help NASA to learn more about the interior structure of Mars and provide more information about the formation of other planets.

Increased solar power generation represents more than just a fun, record-breaking, science fact. The 4,588 watt-hours the InSight Lander generated will be a huge help for future science missions, as well as NASA’s next engineering tasks on Mars. There is so much we still do not know about Mars. These new solar capabilities will allow NASA to be more ambitious in the type of research it performs. Solar technology is getting more efficient every year (e.g., gold solar panels boost energy efficiency to 85%). InSight’s record-breaking day shows that there are higher limits to how far solar power innovations can reach.