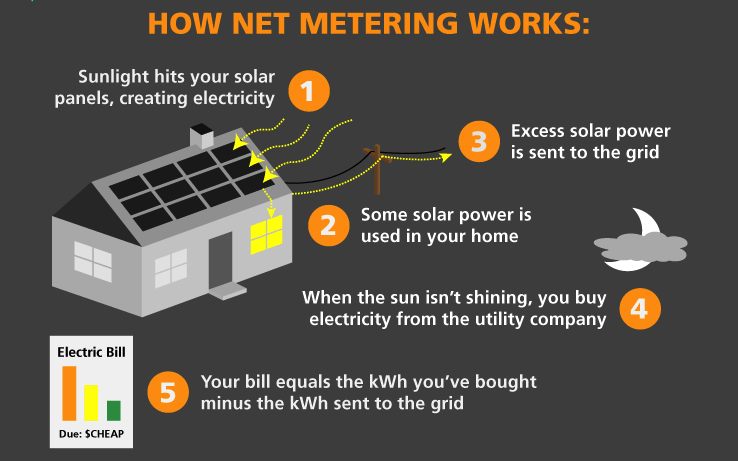 Be a solar champion: Support the Solar Fairness Act

Legislators can build on Washington’s successful net metering policy by increasing the cumulative generation capacity threshold for metering in each utility territory. There’s room for more solar in Washington.

Very little (less than 0.1%) of Washington’s electricity comes from solar. Most states have much more solar power than we do, including Oregon (0.27% of the OR power mix), and California (10%). Most of Washington’s solar comes from very small systems, each with about 2 dozen panels. These home solar systems are interconnected to the broader grid via simple net metering.

Although a small part of our electricity, solar has been very successful for Washington:

What does “net metering” mean?

Once utilities have allotted net metering contracts up to their bare-minimum threshold, Washington’s law does not stipulate a required next step. Utilities can propose other rate structures for solar owners, including extreme positions, like undercutting contracts with their existing solar customers, and ending net metering for new solar customers.

Does solar work without net metering?

Across the US, net metering is the foundational policy of solar’s success.

Where utilities don’t allow net metering, solar owners earn only partial kilowatt-hour credit for the power they make. They can use batteries to store their solar power for their own later use, or they can settle for partial credit from their utility.

If you can’t earn full credit for the power you make, very few people can afford solar. Interconnection agreements other than net metering effectively tax solar owners for making their own power. That’s like a grocery store charging a fee to a gardener who grows her own tomato.

The Solar Fairness Act has no impact on the State budget

Solar owners pay their fair share for the grid.

Solar does not threaten utility revenue

SB 5223 is a simple administrative update, with no cost to the state. There is a small budget note to pay state staff to study future options for crediting solar owners for the power they make.

Solar owners pay their fair share for the grid

Net-metered solar is similar to energy efficiency. Just as efficient appliances help families trim – but
not eliminate – their power bills, few solar owners can offset their whole electric bills with solar. They
still buy the balance at full retail rate, and always pay the same fixed charges as everyone else.

Solar does not threaten utility revenue

Some utilities have opposed net metering, arguing that cost-shifting occurs when solar consumers produce and receive credit for their own power because the utility’s cost (reduction in revenue) gets displaced to non-solar customers. But this argument has been disproven by 16 different state-level studies, plus a definitive national study performed by the Lawrence Berkeley National Lab (LBNL). LBNL study found that most states—all but three, in fact (CA, NV, HI) — have a negligible solar power cost shift at all. This is because most states have solar penetration levels far below 10%. Until solar supplies 10% of a state’s grid, there’s no cost shift at all.

Perhaps even more surprisingly, even at grid saturation levels of 10% or higher, the “shift” is only 5/1,000 of one cent per kilowatt-hour. Ultimately, even at high rates of solar saturation, the effects on the bills of non-solar consumers are infinitesimal.

Furthermore, the argument doesn’t take into account the benefits of having more solar on the grid brings, including peak-shaving (the easing of grid strain during periods of high electricity use), utilities’ avoided costs (the more solar on the grid, the fewer expensive traditional power plants they have to build) and, naturally, the environmental benefits. 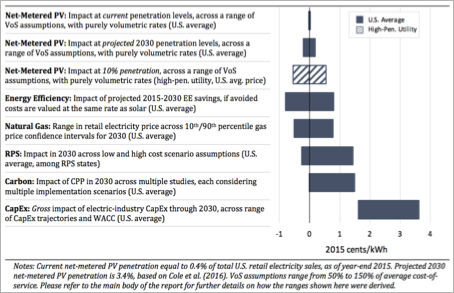 Any current solar cost-shifting arguments must be proven with data for each relevant utility district.