Top 7 Most Common Myths About Solar 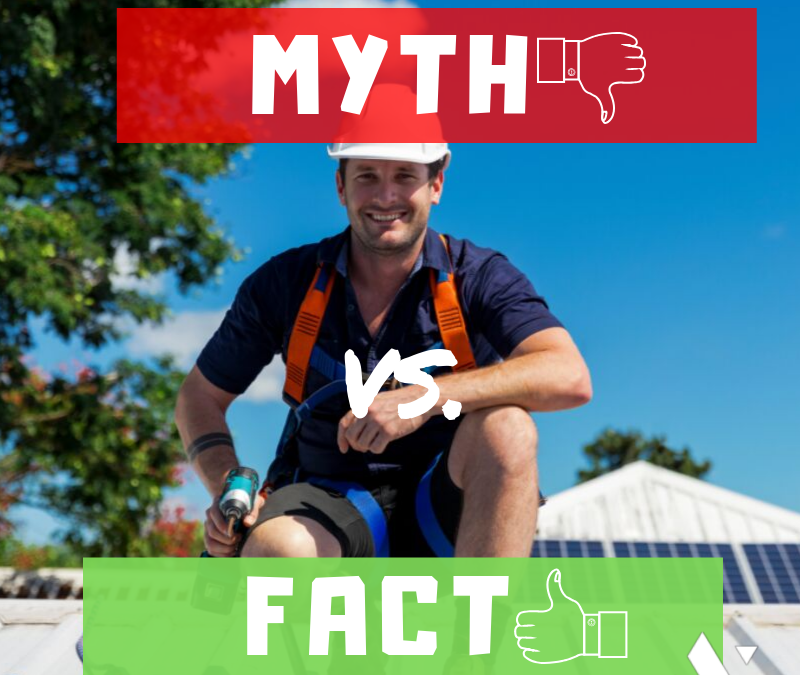 Have you heard misconceptions about solar that make you go “huh”? It’s time to set the record straight and separate solar myth from solar fact! Here are the top 7 most common myths about solar:

Solar Fact #1: our climate is actually ideal for the health and efficiency of solar panels – and we still get enough sun to cover all your power needs! 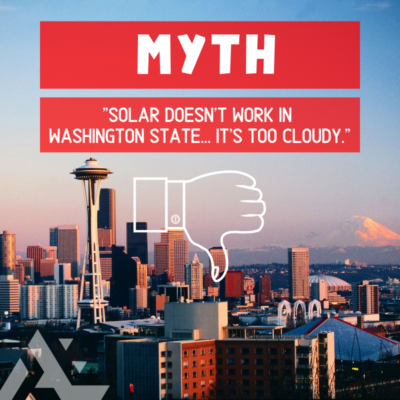 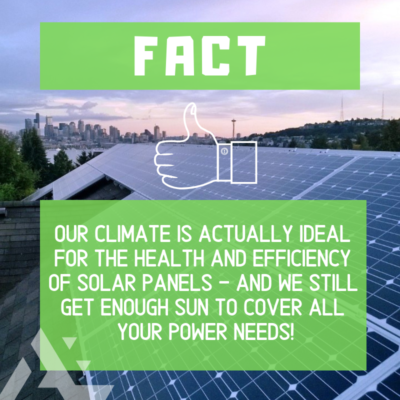 Solar Fact #2: in the PNW solar panels only need 1 annual cleaning to remove dust and pollen. And you can easily do it yourself with tools found around the house! Of course we also have companies we can recommend if you prefer. 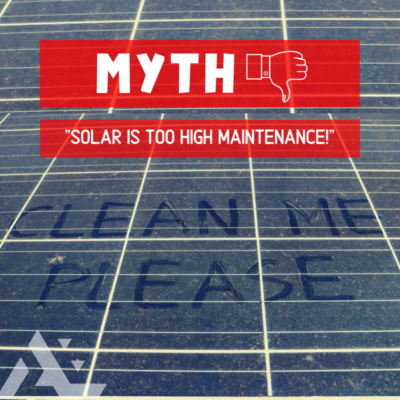 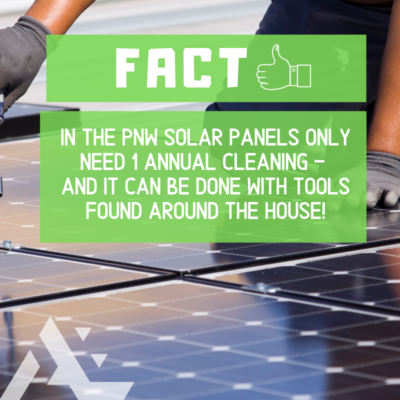 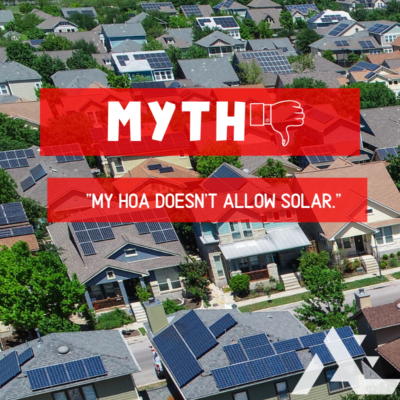 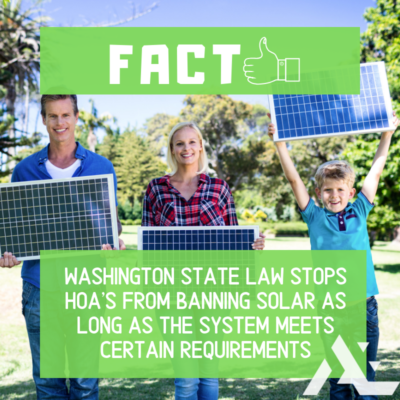 Solar Myth #4: Solar energy will only ever make a small contribution to our energy needs 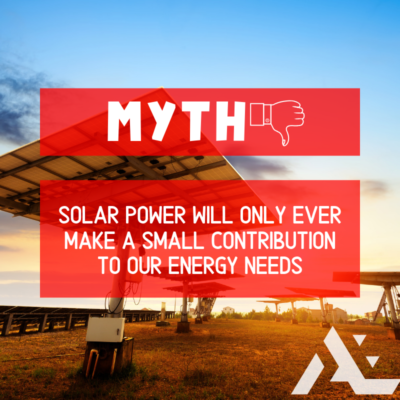 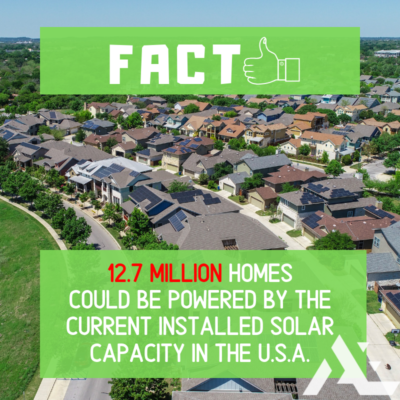 Solar Myth #5: It takes more energy to manufacture a solar panel than the panel will generate over its entire lifetime.

Solar Fact #5: Energy payback periods typically vary between 2 to 4 years depending on the type of solar cell system and the geographic location. One of the recurring myths about solar power is that it takes more energy to manufacture, transport and install solar panels than what the panels will be able to generate in their lifetime. However, the numbers prove otherwise. Payback period is likely to drop even further as new technologies and materials reduce electricity consumption in the manufacture process. 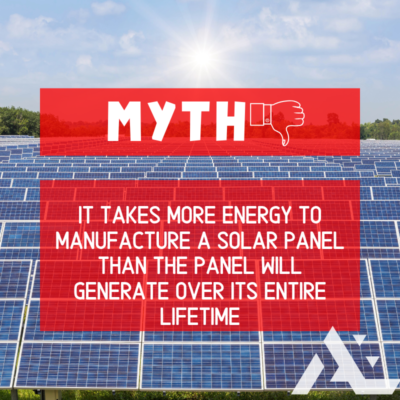 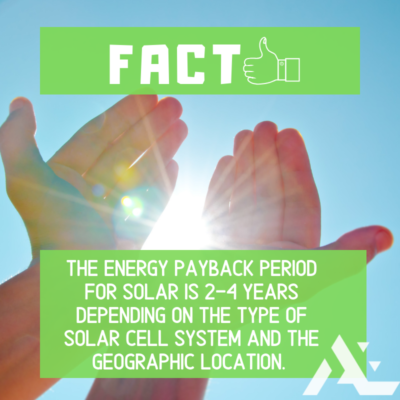 Solar Fact #6: The City of Los Angeles plans to build a giant solar farm which would provide 7% of the city’s electricity beginning in 2023 at a cost of 1.997 cents per kilowatt hour (kWh) for the solar power and 1.3 cents per kWh for the battery. That’s cheaper than any power generated with fossil fuel. 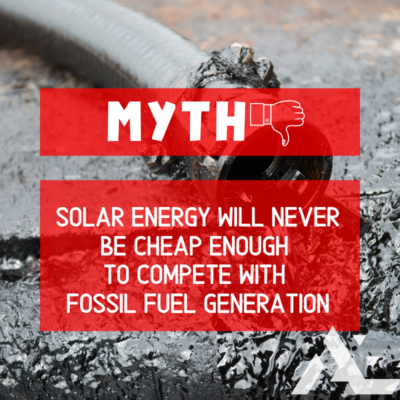 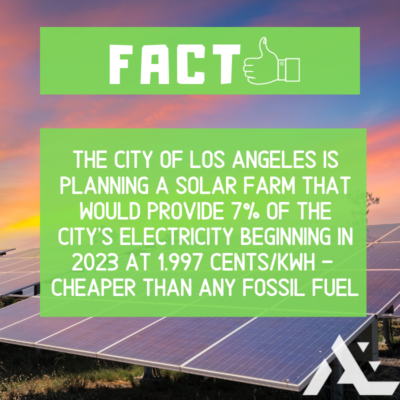 Solar Myth #7: Solar panels are expensive and have a low return on investment in Washington State.

Solar Fact #7: Washington State has a number of programs such as the Federal Income Tax Credit, Sales Tax Exemption and Net Metering make solar a great investment! Plus you’ll be paying for power with or without solar – so who would you rather pay the utility company or yourself? 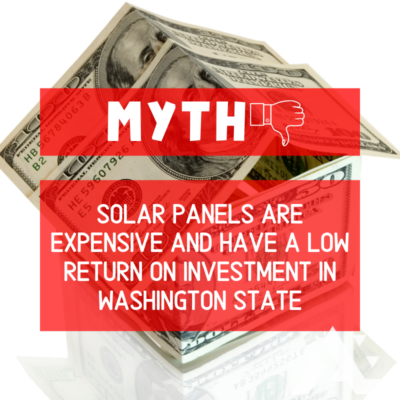 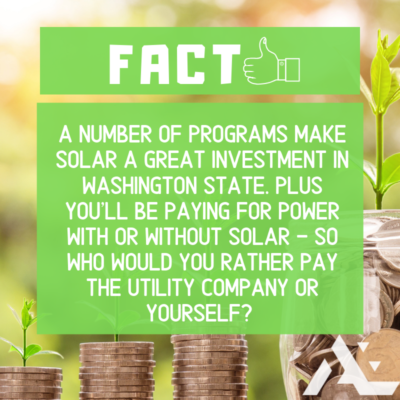 Have you heard other misconceptions we should add to this Top 7 Most Common Myths About Solar? Contact us for your free solar site survey so that we can answer all your questions. Plus get customized information on the solar potential of your home.

Get Your Free Solar Site Survey 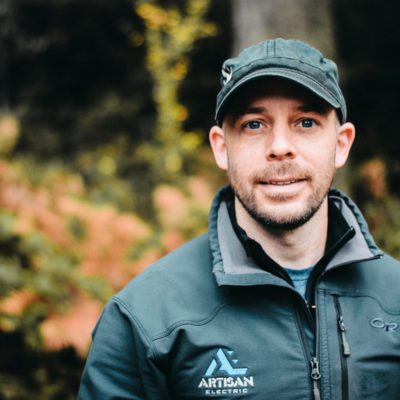 Evan oversees all of Artisan’s solar projects, manages the solar sales and design team, and coordinates marketing and community outreach. Evan joined Artisan in 2010 to help expand our solar services. Prior to joining Artisan, Evan spent five years living and working in Kumamoto, Japan, as an environmental educator. He also worked for nearly a decade as a professional organizer for environmental causes. Evan holds a dual B.A. degree from Wesleyan University, and an M.A. in Environmental Studies from the University of Texas. He is an experienced and dynamic speaker with an intelligent and engaging style. He has been a passionate leader in raising public awareness about solar energy, energy efficiency, and global climate change.
Share this article. Knowledge is power...