The Truth About Hydropower 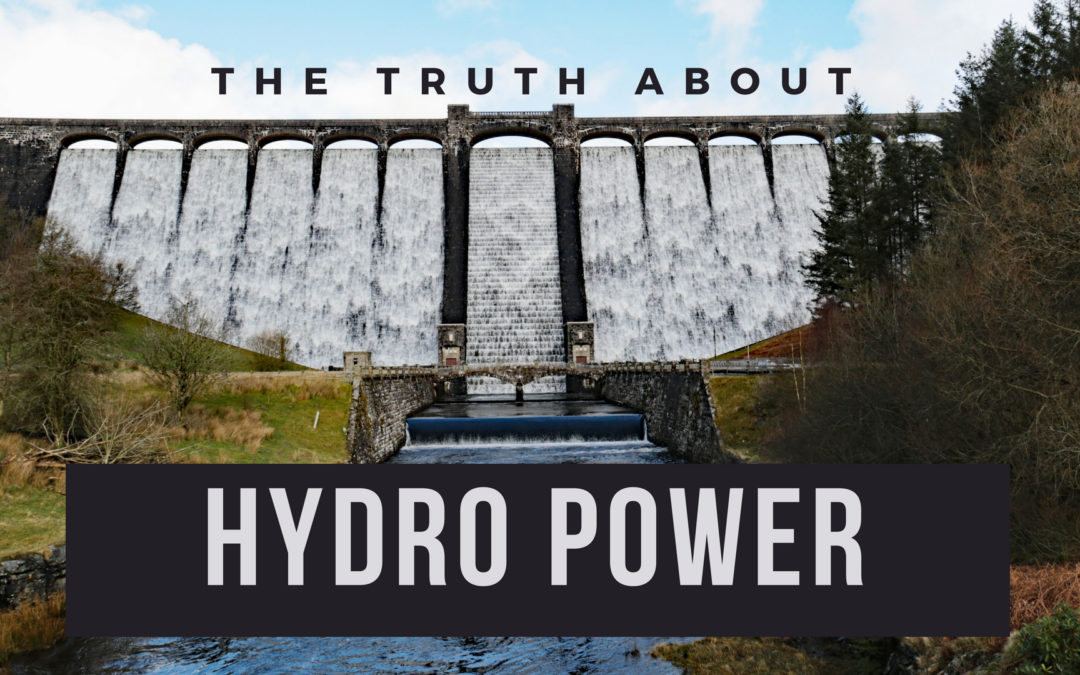 When talking about renewable energy, hydroelectric power or hydropower often gets tossed into the mix. It’s touted as “green” and compared to that of wind power and solar power.

The United States leads the world in hydroelectric dams, followed by China, Brazil, and Canada. European countries frequently make headlines for their adoption of the energy source. Locally, Puget Sound Energy’s fuel mix is made up of 33% hydropower, while it makes up of 88% of that of Seattle City Light. And if Tacoma Power supplies your energy, around 84% of your usage relies on hydro.

But is hydropower the answer to climate change? It’s more complicated than you might think.

Hydroelectricity is the energy created when the kinetic energy in a body of water is used to spin a generator. The generators are inside Hydroelectric dams, which are usually built at the base of waterfalls or in the middle of a river.

The allure of hydroelectricity makes sense: it’s fueled by water, which is a clean source. Don’t be fooled by this, however. There are other ways hydroelectricity causes pollution, which we’ll touch on later.

Hydroelectricity is also produced domestically, can power a grid when all other energy sources are inaccessible, and is currently the cheapest form of electricity.

While these are impressive facts, they don’t mean hydropower is the cleanest or most environmentally beneficial power source. The Union of Concerned Scientists published an article detailing the worldwide impacts of hydroelectricity that affect land space, wildlife, and greenhouse gas emissions.

If you’ve ever seen a dam, you can’t miss its size. These large-scale structures can’t be placed in a body of water without some impact to the landscape- in this case, it’s flooding. This unnatural flooding destroys forests, wildlife habitats, agricultural and scenic lands. It also has been responsible for displacing thousands of communities, mostly made up of indigenous and tribal peoples.

The dams themselves are capable of large-scale harm to fish and other aquatic populations. Not only do the turbines kill nearly all species who involuntarily pass through them, these dams often create obstacles to breeding and migration paths, further destructing wildlife populations.

Additionally, foreign flooding can also have negative impacts on land plants and animals.

There is no contest that fossil fuels produce much greater carbon dioxide (CO2) emissions than hydro. Of course, modest CO2 emissions are better than large amounts.

However, emissions from hydroelectric plants built in tropical areas or temperate peatlands are much higher. After the area is flooded, the vegetation and soil in these areas decomposes and releases both carbon dioxide and methane.

While emissions vary by site, estimates suggest that life-cycle emissions can be over 0.5 pounds of carbon dioxide equivalent per kilowatt-hour (kWh). This means that in some conditions, hydropower and natural gas are only 0.1 pound away from comparable CO2 emissions.

Hydropower is a strong alternative to fossil fuels, but it’s not immune to large-scale environmental destruction. As the world increasingly moves toward cleaner energy, it’s important to keep in mind that we should not stop at hydro. Solar and wind power are both much cleaner and less impactful alternatives. The way technology is advancing, we don’t need to settle for better. We should strive for the best.