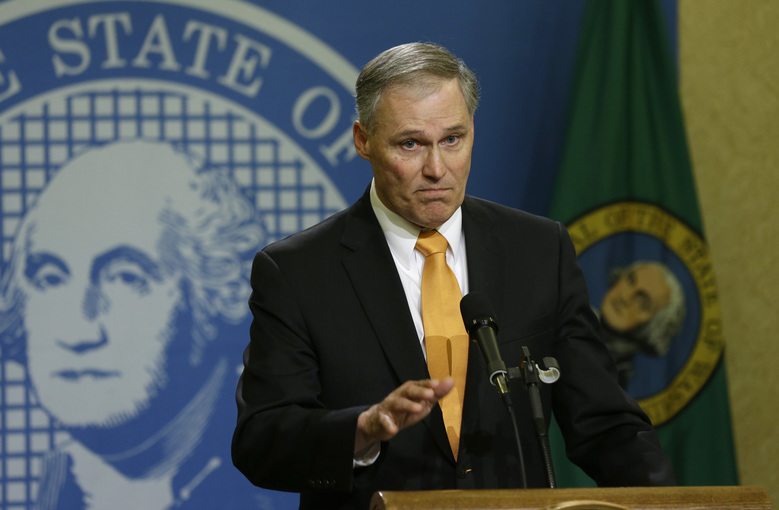 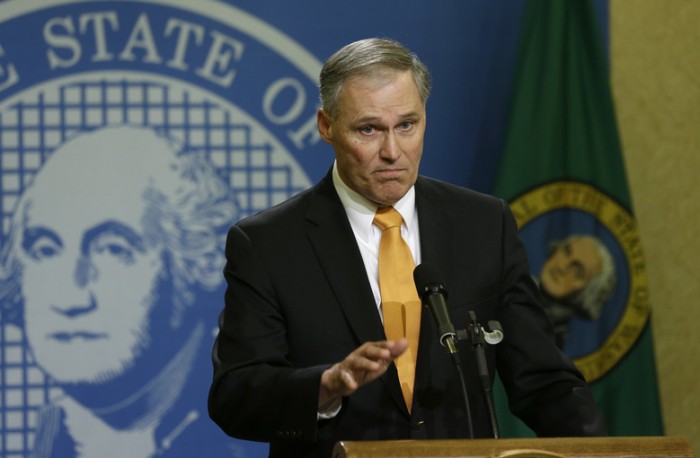 Gov. Jay Inslee called legislators back to Olympia for a special session and vetoed 27 bills on March 10, 2016.

Washington State Solar Legislation Is Still Alive! We need your support (in fact, more than ever!) to get the striker amendment in HB 2346 removed and higher incentive rates restored—to ensure a healthy clean energy future for our state.

The state legislature yesterday entered into a special session with the intent of passing a budget. A state budget will likely be passed no later than end of next week, and HB 2346 is linked to the budget.

LET’S MAKE SURE WE GET A BILL THAT WILL ACTUALLY SUPPORT SOLAR!

How do we do that? Whether you’ve taken action already or not, please step up one more time in these final hours and days. Negotiations continue right now, and your voice matters!

CONTACT YOUR LEGISLATORS RIGHT AWAY.
The fastest, easiest way is to call via the state legislative hotline at 800-562-6000. Operators will ask you for your address, what bill number you’re calling about (HB 2346), and what your comment is (“pass a clean solar bill with original incentive rates”).

Also continue to share with friends, family and colleagues, especially if they live in the districts of three specific Senators (see ACTION ITEM #2 in original post below; also find below three additional talking points if you’re feeling vocal!)

Thanks again for taking action and SHARING this post on social media. You can also FORWARD the letter we sent out today, if you received it.

We last reported that HB 2346 (the solar productive incentive bill) had passed out of the House and made it to the Senate Ways and Means committee.

However, the bill is now stalled, sitting idle in the committee (as E2SHB 2346), awaiting a possible hearing on the Senate floor.

In addition to containing reduced incentive rates compared to the original bill, Senator Doug Ericksen (District 42, R-Bellingham / Ferndale) last week introduced a “striker” amendment that would kill the solar incentive program if the Dept. of Ecology were ever to take action on carbon emissions—now or in the future.

This amendment has the solar industry, existing solar customers, and legislators on both sides of the aisle concerned that this bi-partisan bill may die an unfair and untimely death. Essentially, Senator Ericksen is holding solar hostage over an unrelated, controversial political issue.

If the bill passes through the Republican-controlled Senate with this language, the House probably won’t pass the bill. And the Governor likely wouldn’t sign it if they did.

Andy Hill, Republican Chair of the Ways and Means Committee, also believes there is no money for solar in the budget.

WE CAN TAKE ACTION—AND WE NEED TO. HERE’S HOW YOU CAN HELP.

PUT PRESSURE ON YOUR REPRESENTATIVES!

We know you’ve already spoken up once or twice this session, but we need you to use this sample letter form to contact your legislators one more time urging them to pass a clean version of HB 2346 AND restore the original incentive rates.

In addition, please call your Senator, right now, to ask her/him to take action immediately. Call via the state legislative hotline at 800-562-6000. Operators will ask you for your address, what bill # you’re calling about (E2SHB 2346), and what your comment is (“pass a clean solar bill at original rates“). It only takes a couple of minutes and is very easy.

*(Note:  The word “clean” refers to a bill without Ericksen’s amendment. For the sake of keeping it simple, using the word “clean” will suffice when contacting your Senator).

If you know of anyone who lives in Senators Ericksen, Hill or Braun’s districts, asked them to contact their Senators today!

AGAIN, YOUR MESSAGE:  “Support a CLEAN* solar bill in HB 2346, and increase the incentive rates that are critical to the ongoing deployment of solar.”

Additional talking points to share when communicating with your Senators and members of the State House:

The legislative session is set to end next Thursday, March 10th. This may be out last opportunity to influence how robust our solar industry in Washington remains.

THANK YOU FOR YOUR PARTICIPATION AND SUPPORT!